U-LTA is a platform initiated and coordinated by IMIEU with the goal of upscaling Lighter Than Air technology (LTA). The platform will mobilize financing, policy, and infrastructure. Through collaboration with academia, business developers, and policymakers the platform initiates studies that investigate the performance of LTA carriers and related infrastructure, driven by the needs of the partners.

Furthermore, the platform aims to contribute to procedures for authorization and certification of LTA carriers. By achieving these goals, the platform contributes to delivering on climate ambitions, such as those set out in the Paris Agreement and the European Green Deal.

LTA carriers require less ground infrastructure and ground space for take-off and landing, they do not require very long runways or large airspace.

Develop training and education for future operation and maintenance.

Besides lower CO2 emissions for taking off and staying airborne, the newest carriers are also exploring the use of fuel cells and solar energy for powering their motors and onboard operations, thereby contributing to even further decarbonization.

Ligther-Than-Air carriers need less 90% less power for take-off (Eissing, 2020) as they rely on lift-gas for staying airborne and, therefore, contribute to reaching the CO2 reduction.

LTA carriers that use helium or hydrogen as a lift gas would create much less noise than conventional aviation. A propulsion system would be required mainly for changing direction while airborne, and preventing wind gusts from blowing the carrier off course.

Europe has seen a resurgence in LTA technology initiatives. However, there are still significant challenges, mostly regarding financing for the upscaling of the technology, for example, the realization of demonstration projects.

Additionally, safety aspects require much attention. The goal of the U-LTA platform is to enhance publicity towards policy makers, investors, and the general public. Additionally, the goal is to facilitate financing, to stimulate technological development, improve the safety and testing of programmes, and contribute to the improvement of authorisation and certification procedures.

Cargo and Agricultural Aid Telecommunication and Internet connectivity Surveillance, Forecasting Emergency rescue and aid Passenger Transport
Long haul cargo becomes more economical, cost of transport per kilo of cargo goes down with increases in cargo load capacity at 1000 Mtonnes of cargo, the costs per kilo are comparable to that of a ship (source Empyreal Galaxy, 2021). Airships can move faster than conventional cargo ships. They can stay airborne for days, rather than hours, do not require refueling while airborne. If they use hydrogen or helium as a lift gas (and for onboard electronics, and if the hydrogen is produced renewably), they also have much lower CO2 emissions associated with their operation.
Airships can provide valuable service in the telecommunication field, especially in providing internet and telephone accessibility in traditionally unconnected areas in remote parts of the world. Airships for this use would be known as High Altitude Pseudo Satellites, would be unmanned, and would function at 20 km above the earth's surface in the stratosphere. These airships can stay airborne in relatively constant positions in the sky for days to months, would require minimal refueling, and would be cheaper to build and operate than an equivalent cell tower (Source: Empyreal Galaxies, 2021).
Surveillance and weather forecasting is another sector where airships can make significant contributions. As airships can function as both manned, and unmanned vehicles, their use in surveillance would be similar in function to that of conventional drones. Airships would be able to stay airborne for much longer than traditional drones, however. At high altitudes, airships can also avoid detection.
Airships and LTA carriers can also be used to provide aid in emergency situations, for locations that are inaccessible by road/ship/conventional aviation. LTA carriers would require less ground infrastructure and space for landing, and can also hover for very long periods of time, as such, they can be a valuable technology for rescue missions and providing emergency aid and supplies.
In addition to cargo and transport of emergency supplies, LTA carriers can also be used to transport passengers. Luxury travel is a commonly known application of LTA carriers, but the sector can be expanded into low-cost passenger transport as well, in regions which cannot support the infrastructure for conventional aviation.

As LTA technology has a benign environmental footprint, it will contribute to the decarbonisation of transport, a key objective in the European New Green Deal.

Specifically regarding manned airships, the European Agency for Aviation Safety EASA is developing a new type certificate for airships (SC Gas) for which it has asked input from stakeholders earlier this year. The final document is expected to come out towards the end of this year. The link to the earlier consultation document you can find here:

Frank studied Public Administration at the University of Leiden and at Indiana university Bloomington (Indiana, USA), He holds a Doctorate in Social Sciences from Erasmus University Rotterdam and completed a Traineeship at the DG Environment of the European Commission. During his doctoral research he was a visiting fellow at MIT and at the Woodrow Wilson School of Public Affairs of Princeton University and has worked as a consultant for the OECDs Environment Division in Paris on Pollution Prevention Control and Cleaner Production. From 1997 to 2004 he worked as a Senior Adviser on European legal and Administrative affairs at the Dutch Ministry of Transport and Public Works project organization for Mainport Rotterdam, that was focused on reconciling environment and economic growth . Since 2004, besides advising maritime infrastructure development projects on biodiversity and climate mitigation, he has worked on the upscaling of innovations in the field of the maritime transport, renewable energy, and the aviation/drone sector as a Director of the Institute for Infrastructure for Infrastructure, Environment and Innovation in Brussels and in Amsterdam. He has founded the INES network on salinity gradient power as well as U-LTA, the international platform for upscaling of Lighter-Than-Air technology. 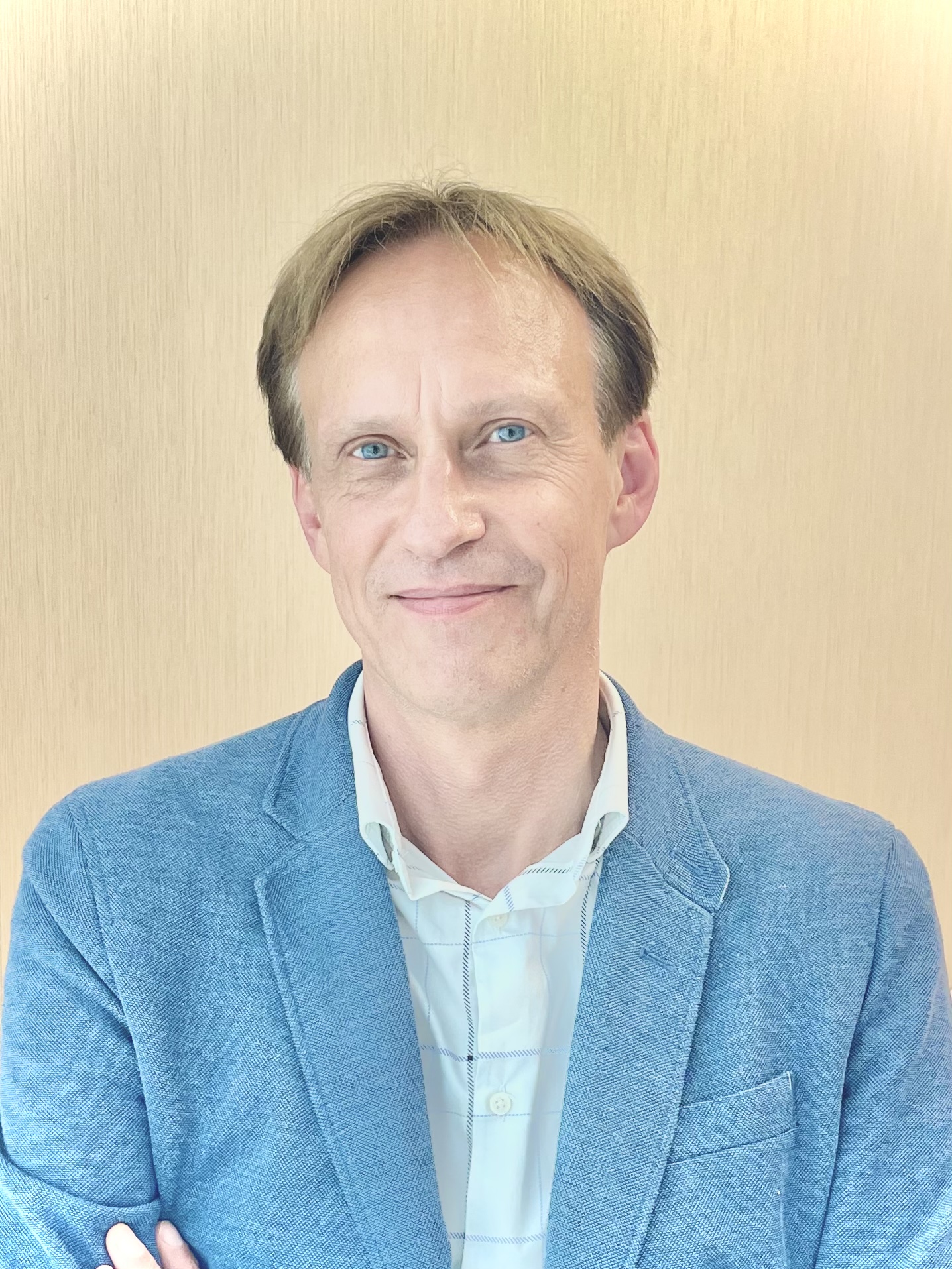 Dimitar Migov studied European Studies at the Hague University of Applied Science. He acquired experience in the private and public sector while completing his bachelor programme as well during his Internship at Institute for Infrastructure, Environment and Innovation. Coming from Republic of Moldova he has the ability to speak multiple languages such as: Romanian, Russian and English. He works as a Junior Advisor research development at IMI on a number of sustainable projects dedicated to renewables and circular economy with a special focus on Salinity Gradient Power (INES), and on Lighter-Than-Air (LTA) drone technology. 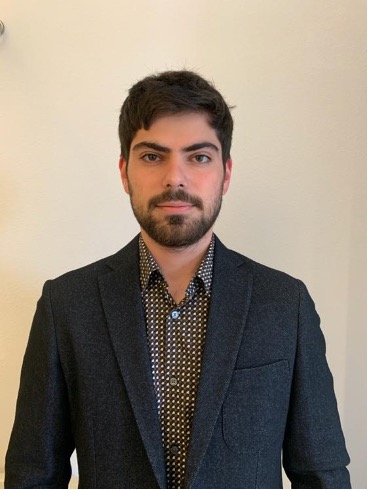 Sieuwert is a junior business developer at IMI and holds a BSc in Business Administration from the University of Amsterdam with a specialization in finance and an Erasmus exchange at Bocconi University. At IMIEU, Sieuwert works in business development and conducts research into the field of voluntary carbon credits. Sieuwert works in Dutch and English and can communicate in Italian. Previously, he obtained experience as a chef while working in professional kitchens as well as entrepreneurial experience after registering at the Dutch Chamber of Commerce. 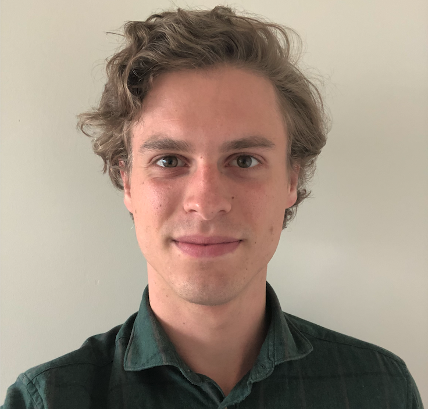 Hans Woldendorp studied law at Leiden University and works part-time as a senior adviser for the Institute for Infrastructure, Environment and Innovation. He has also worked for the European CommissionвЂ™s DG Environment Legal department as a contact officer for The Netherlands and Belgium, specialising amongst others in the Birds and Habitats directives and large port projects in coastal zones. He publishes on the legal aspects of European and national nature protection policy in The Netherlands and advises large and small infrastructure projects (offshore as wells as onshore) in The Netherlands, and in France regarding the Birds and the Habitats directives and national permitting procedures. 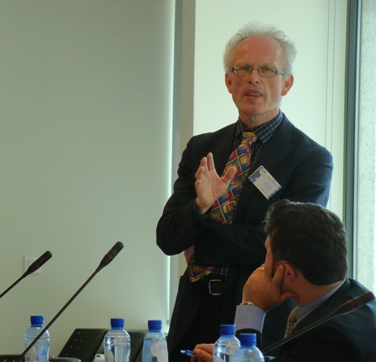 The European Green Deal is Anna’s main focus. She holds a Master’s degree in Management from the Ruhr University Bochum in Germany and has research experience in various fields of sustainability, among others in the electric mobility sector. At IMIEU she works on the European aspects of the upscaling of innovative renewables and environmental drone technology. Besides, drawing upon her experiences in consulting, she is also working on the development of consortia including German institutional and private partners. Anna can work in German and in English and has a good command of French and Spanish. 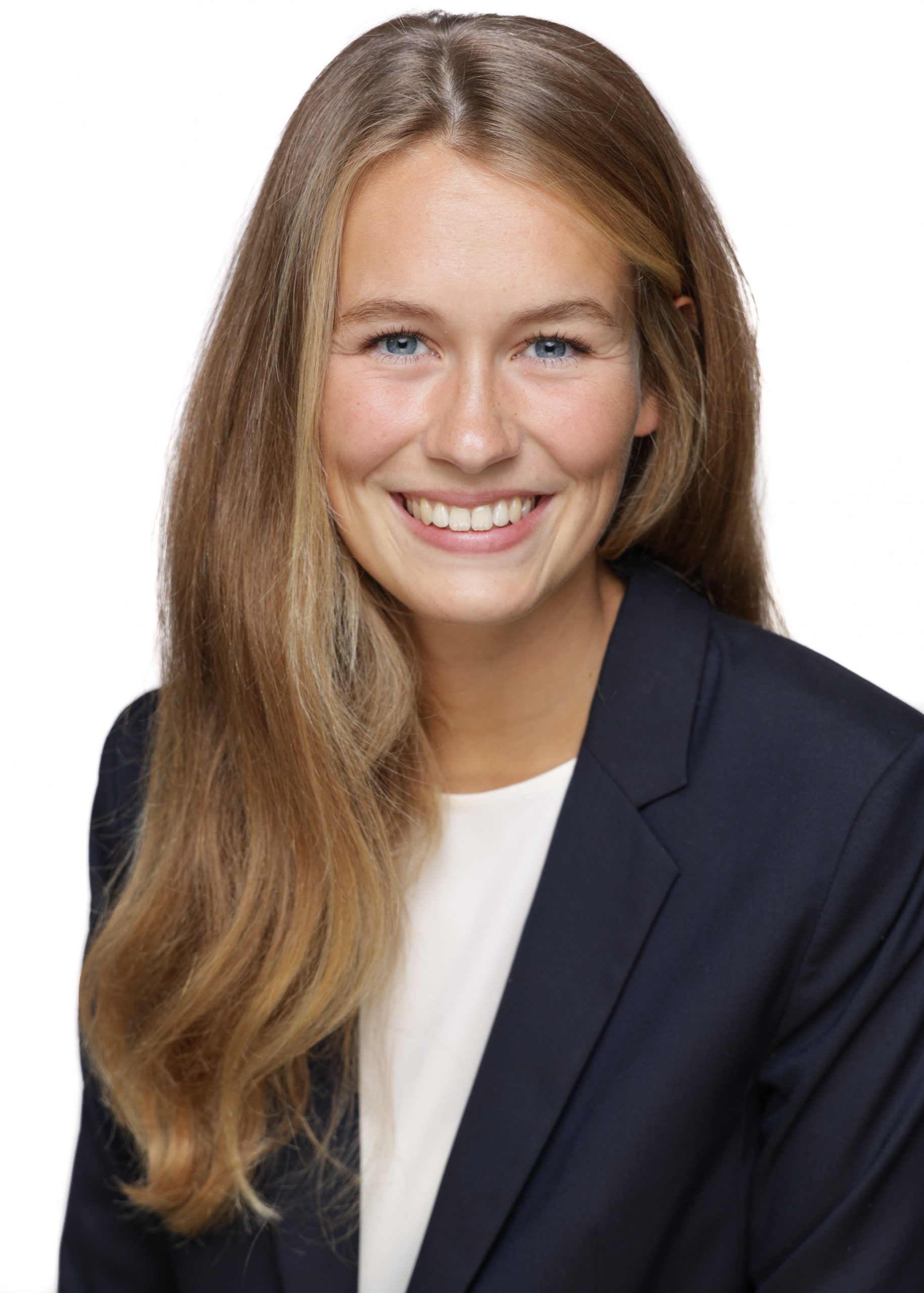 Kunal studied Mechanical Engineering (Bachelor of Technology in Mechanical Engineering with Energy Specialization) in India, and currently holds a Masters in Sustainable Energy Technology from TU Delft. He works as a Junior Advisor at IMIEU, currently involved in two projects - Lighter Than Air (LTA) technologies, and Salinity Gradient Power (INES), along with helping improve IMIEUвЂ™s web presence. His main technical areas are renewable energy generation and energy storage. He is also a technical advisor on the green hydrogen project that IMIEU is involved with. 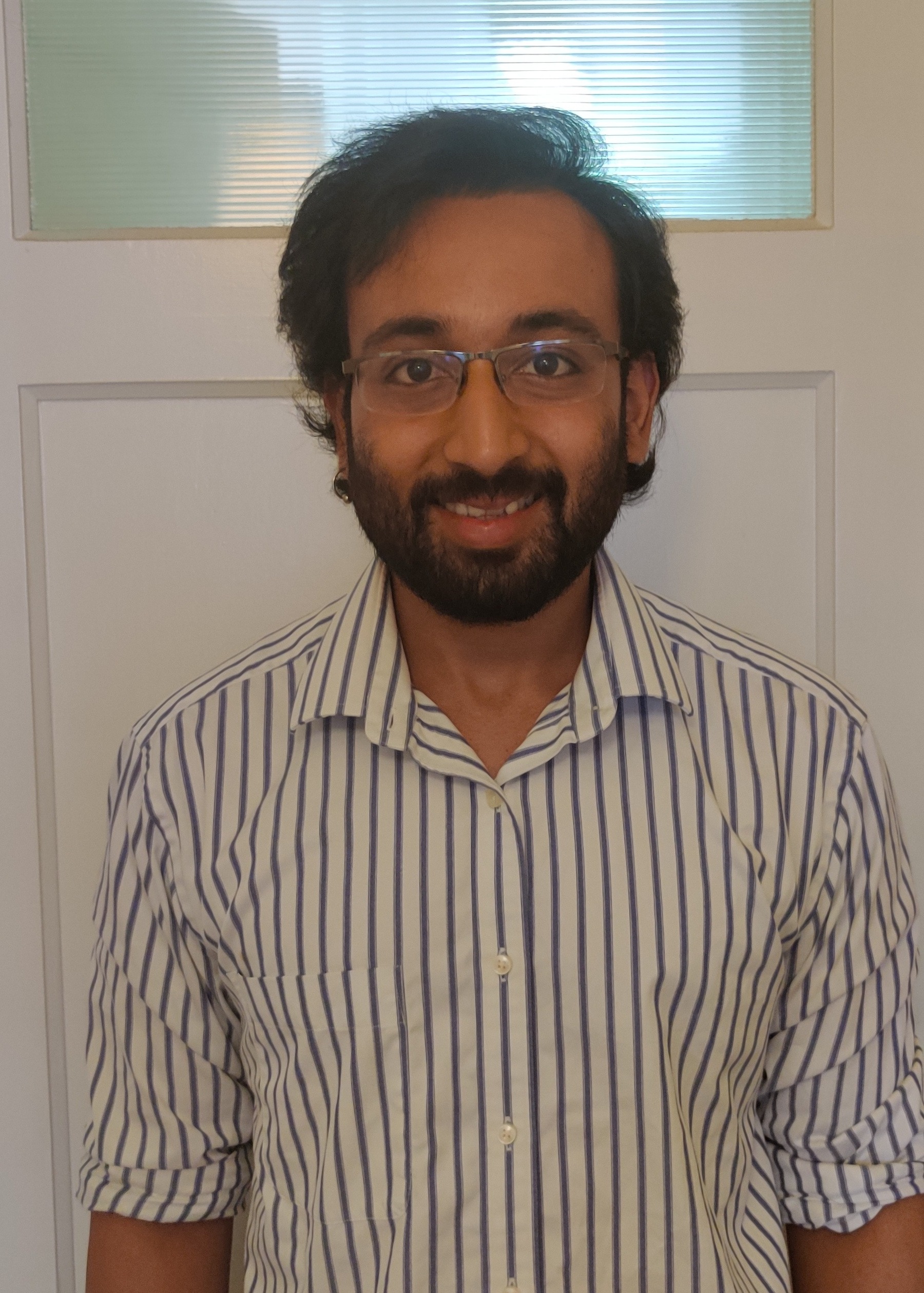 Patrick Hendrick is professor at the Free University of Brussels (ULB), and is head of the Aero-Thermo-Mechanics Department. He is a specialist in Lighter Than Technology in addition to hydrogen applications for the aviation and transport sectors. He is also a member of the Belgian Energy Research Alliance вЂ“ BERA.

Rajkumar S. Pant, is professor at the Indian Institute of Technology Bombay, Mumbai вЂ“ Aerospace Engineering. More than 30 years' experience in teaching and research in Aerospace Engineering at undergraduate and graduate level, especially in the area of Lighter-Than-Air systems, Aircraft Design, Air Transportation, and Optimization. Specialties: Long-term experience in design and development of Lighter-Than-Air systems (Airships and Aerostats). Consultancy in various areas of aircraft design, modeling & simulation of ATM systems. 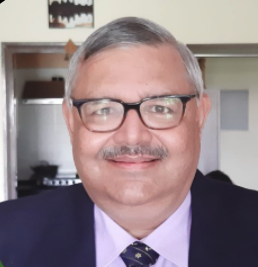 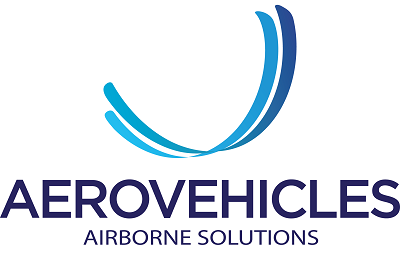 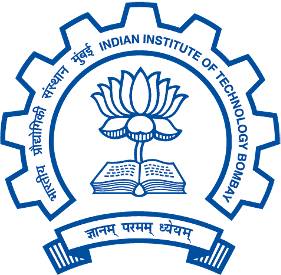 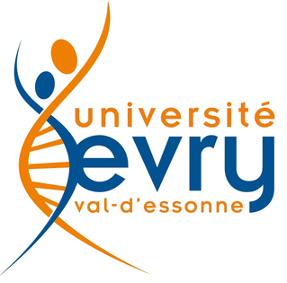 The U-LTA platform was initiated in 2018, facilitated by DG Research and Innovation of the European Commission. Currently over 15 organisations, including universities, expertise centres, start-ups and developers are partner of the U-LTA project and funding its programme.

If you would like to receive more information on the U-LTA platform, do not hesitate to contact us. We look forward to hearing from you!